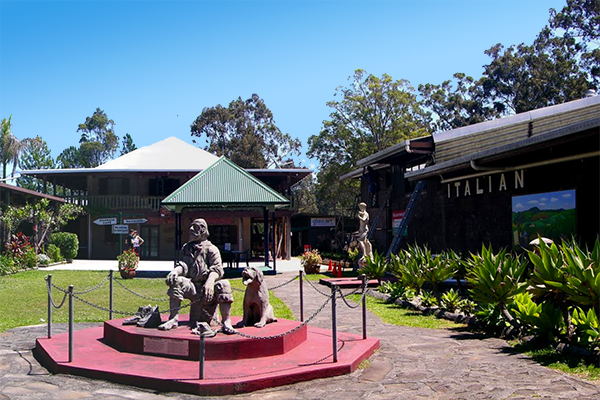 The fascinating history of New Italy was recently commemorated in an opera, The Mercenary (composed by Paul Grabowsky, and librettist Janis Balodis) which was performed by international star Lyndon Terracini in capital cities on the east coast of Australia and in regional NSW. Many Italian settlers in the region trace their heritage to the infamous Marquis de Ray’s 19th century expedition which brought their forefathers to northern NSW.

Although their village had ceased to exist by 1944, the New Italy Museum complex showcases the history and lifestyle of these hardworking settlers who worked hard on the land to keep their families, while also growing grapes for wine, keeping silkworms and making their own salami and cheeses. The buildings of mudbrick and local timbers house many relics and photographs, along with displays of various Italian regions. The museum also has a restaurant and café area, and there is extensive Aboriginal cultural display in an adjacent building.