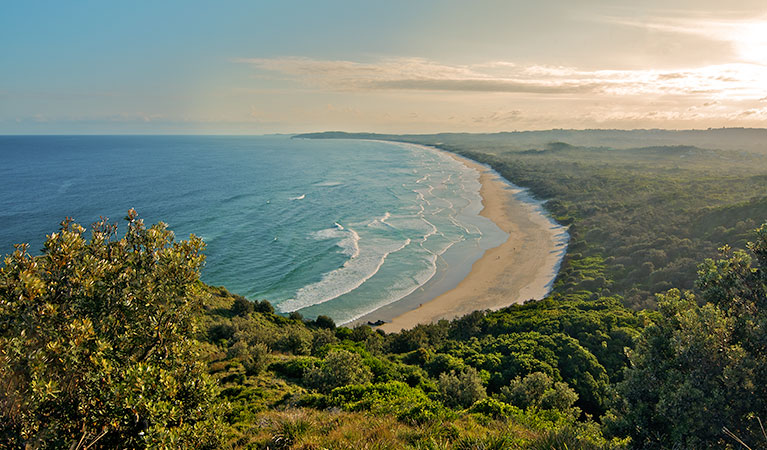 In 2001, a historic agreement was reached between the NSW State Government and the Byron Bay Arakwal Aboriginal community. Arakwal National Park is the result and has many guises today: it’s an important part of Aboriginal heritage; it’s a haven for migratory birds and animals; and it’s a gift to travellers looking to escape the chaos of the thriving holiday town.

Co-managed by NPWS and its traditional owners, Arakwal features 3km of gorgeous beach bordered by sand dunes and rich coastal heath. All of this is just a stone’s throw from the towering white icon of Cape Byron Lighthouse, meaning it’s closer to the town than it feels.